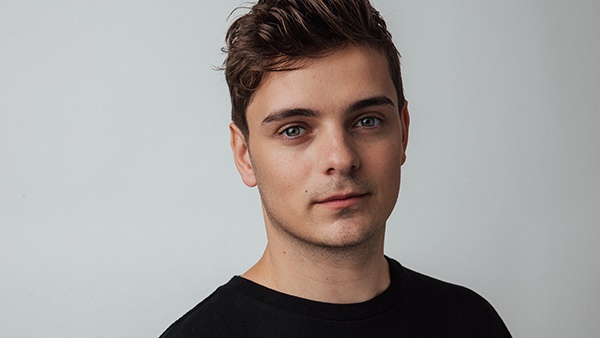 Martin Garrix talks to The Kris Fade Show about how he started his journey with Tiesto, his inspirations ... and SKYDIVE!

Martin Garrix has risen to global stardom in pop as well as electronic circles – and yet he’s far from being done. Dance music’s freshest talent has headlined festivals around the globe, founded a label and mentored other artists and won the #1 spot in DJ Mag’s Top 100 three times in a row.

His passion, ambition, drive and maturity remain unmatched in the world. The story of Martin Garrix begins at 8 years of age, in the year 2004. It was then that he first got acquainted with electronic dance music, seeing Tiësto perform at the Olympic Games opening ceremony on live TV. The music’s energy and drive captivated him and by his mid-teens, Garrix had taught himself how to produce and play his own songs.

‘Animals’, released June 2013 was a breakout success and a game changer for the music industry. Reaching No. 1 in the UK and many other territories, it proved that a hard-hitting, dancefloor- oriented track could reach pop status, ultimately reaching over a billion streams across several platforms. It also proved that Garrix, at only 17, had the talent to become a world- class musician. Privately, this was a path that he had already chosen, dropping out of high school in order to study music production at a specialized academy.

The six years since have been marked by a quick march through the ranks of dance music, conquering stages all around the world and releasing more breakout hits including ‘In The Name Of Love’ with Bebe Rexha, Scared to Be Lonely which became Dua Lipa’s breakthrough song, ‘There For You’ (with Troye Sivan), ‘So Far Away’ (with David Guetta, featuring Jamie Scott & Romy Dya), Ocean (with Khalid) and Summer Days (with Macklemore and Patrick Stump of Fall Out Boy).

Martin Garrix will take the stage at Virgin Radio RedFestDXB on Thursday 6th February 2020 - buy your tickets to see him live now.